Pokémons in your grass? Who knew??

I must be honest... I do not know much about Pokémon. In fact, I know nothing about the game that is raging around the world. So I thought I would do a bit of investigation and much to my surprise, I found that we at JMB Equipment could be contributing to the game's success!! How? Read on...

Pokémon is a media franchise managed by The Pokémon Company, a Japanese consortium between Nintendo, Game Freak, and Creatures. The franchise was created by Satoshi Tajiri in 1995, and is centered on fictional creatures called "Pokémon".

In both the video games and the general fictional world of Pokémon, stems from the hobby of insect collecting, a popular pastime which Tajiri enjoyed as a child.

In most incarnations of the fictional Pokémon universe, a Trainer who encounters a wild Pokémon is able to capture that Pokémon by throwing a specially designed, mass-producible spherical tool called a Poké Ball at it. If the Pokémon is unable to escape the confines of the Poké Ball, it is officially considered to be under the ownership of that Trainer.

Afterwards, it will obey whatever its new master commands, unless the Trainer demonstrates such a lack of experience that the Pokémon would rather act on its own accord. Trainers can send out any of their Pokémon to wage non-lethal battles against other Pokémon; if the opposing Pokémon is wild, the Trainer can capture that Pokémon with a Poké Ball, increasing his or her collection of creatures. Pokémon already owned by other Trainers cannot be captured, except under special circumstances in certain games. If a Pokémon fully defeats an opponent in battle so that the opponent is knocked out ("faints"), the winning Pokémon gains experience points and may level up. When leveling up, the Pokémon's statistics ("stats") of battling aptitude increase, such as Attack and Speed. From time to time the Pokémon may also learn new moves, which are techniques used in battle. In addition, many species of Pokémon can undergo a form of metamorphosis and transform into a similar but stronger species of Pokémon, a process called evolution.

Grass-types don’t have the best reputation, and for good reason. Grass has the most weaknesses out of any type, totaling up to a whopping five (Fire, Flying, Poison, Bug, and Ice). It doesn’t help that Grass-type moves are typically geared towards support. Put that together with the fact that Grass-types have similar movepools and the typing almost seems to set itself up for failure.

So that is it! JMB Equipment will continue to provide homes for the Pokémon grass types!!

Tips for maintaining your lawn in the hot summer months

Some fantastic images of hydroseeding an awesome cottage on Bob's Lake

Pokémons in your grass? Who knew?? 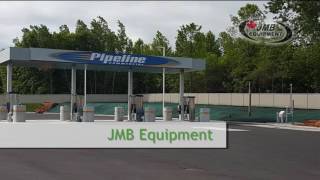 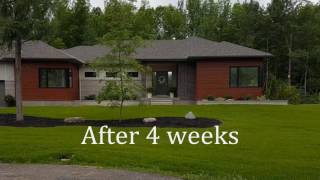 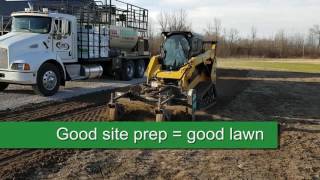 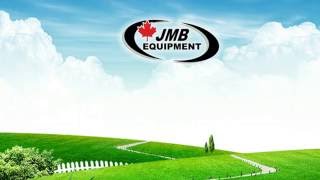 Tips for maintaining your lawn in the hot summer months

Will I have weeds in my lawn if I choose hydroseeding?